One of my favorite areas in the city since adulthood has been North Clark Street from West Diversey to West Armitage in eastern Lincoln Park. I say as an adult because Foster Beach edged this spot hands down out when I was a kid. I digress. Plenty of bars, restaurants, shops along Clark and the lakefront parks (and all the activities) make a terrific lifestyle. As I got older I became more smitten with the old original architecture of homes packed into this dense area near the lakefront. The area had everything I enjoy about city living.

Over the past few years several city lots were purchased from (the now named)  Lincoln Park 2550 development.  You know, that big luxury tower at... wait for it... 2550 N Lakeview.  The lots on the 400 block of West Deming and the 400 block of West Saint James Place were slated to be town houses originally. Deming is now filled with luxury single family houses developed by LG while the Saint James lots are occupied by one giant house.

The Saint James lots were purchased by a private owner to build one single family home residence.  Various reports suggest the house cost roughly $22 million to build.
The home stretches seven (7) city lots.  My gut feeling is a multiple lot home in these highly desirable locations near the lakefront should not be allowed.  I think it would serve the city better to have more density allowing more homes thus more people to shop, dine, walk, run, ride and work in the city.  It's not the wealth or sheer size of the home I object to... it's WHERE it is.

The charming blocks are dominated by row homes and small multi-unit buildings from the late 1800s. Life, as it were, near the lakefront. I think it's more vibrant and interesting to have more homes. But life goes on. 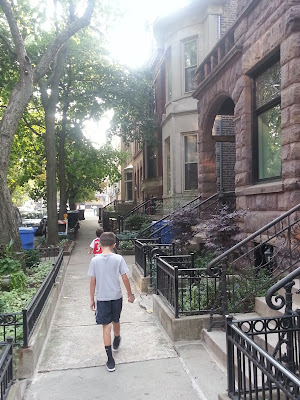 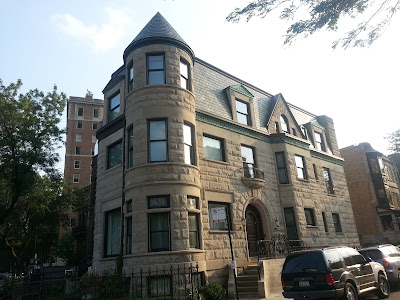 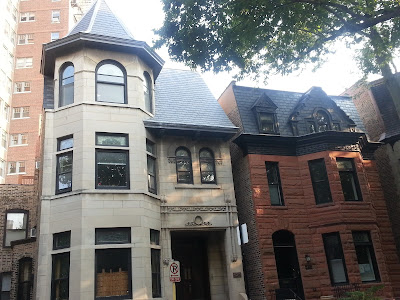 Sales on the 400 Block of West Deming and West Saint James
There are 19 sales recorded on these two blocks in the last twelve months.  The lowest 9 sales are all at 400 West Deming (The Marlborough Building) from $159,000 to $290,000 (mostly one bedroom condos). 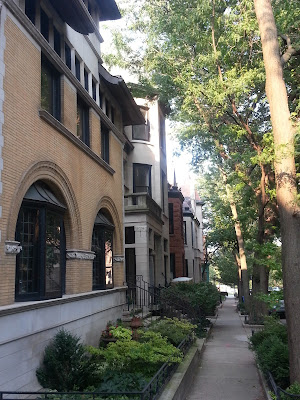