We're working with clients selling their city town house and looking for a single family home in Whittier School district of Oak Park.  Let's take a look at home sales for this area of Oak Park - our neighbors to the southwest.


Eight single family homes have closed so far in 2017 with a median price of $305,000.  Ten homes are currently under contract with a median asking price of $500,000.  Only six homes are actively listed for sale in Whittier at this writing.

Posted by Eric Rojas at 3:50 PM No comments:

We walked by the the new Clark and Belmont development today to see a near finished building.  The Target colors confirm the new reality at a once diverse, if not sketchy, corner of Lake View that was home to the infamous "Punkin' Donuts".  90 residential units will bring a lot of people to spend $$$ in the neighborhood.

A look a past construction photos here

Posted by Eric Rojas at 2:14 PM No comments:

Just in from the 47th Ward office.

From the 47th Ward office of Alderman Ameya Pawar 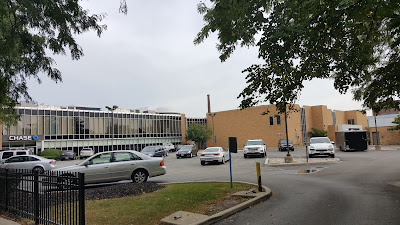 
More on Lawrence Avenue here
Posted by Eric Rojas at 9:56 AM No comments: 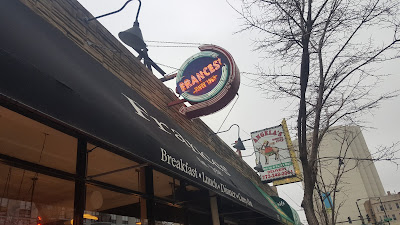 Posted by Eric Rojas at 2:16 PM No comments:


This past weekend we showed our clients this Lincoln Square home in a very desirable location before it hit the broader market on the MLS.  We scan our network and private resources everyday to help locate properties for our buyer clients. Our clients were the first to view the house!  Last week our clients were the first to see a Lincoln Square three flat at 4954 N Leavitt before it hit market... it sold first week of showings.

One of the values we bring to a home purchasing in addition to market research and home owning experience is competitive edge! From time to time we find an unlisted or pre-MLS property for sale to show our clients.
Posted by Eric Rojas at 11:57 AM No comments:

Wow! A three bedrooms, two baths condo with parking and awesome common roof top deck.  Just steps from Wrigley Field and the CTA Red Line at Addison. This large, renovated condo has great space for entertaining.  Enjoy the video walk through and call us to buy or sell more condo units in Wrigleyville, great Lake View and the North Side of Chicago. 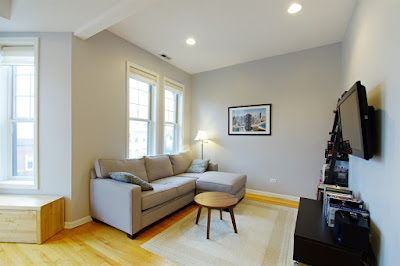 Steps to CTA Addison Red Line, easy to LSD, amazing major new condo developments, hotels, restaurants modernizing the neighborhood! Listen to Jimmy Buffet and Lady GaGa live at Wrigley from the roof deck! The best of Lake View outside your door. Not on train side!

Live in one of the most vibrant and vastly improving neighborhoods in Chicago.
Home of the World Series Champion Chicago Cubs!

Posted by Eric Rojas at 2:42 PM No comments:

The Duke's shopping plaza at 1724 West Lawrence in the Uptown/ Ravenswood was sold for $725,000 in 2015. I passed by earlier today to see most, if not all, tenants out and more work going on.  Permits estimated around $300,000 in work  suggest the entire one story retail building is being remodeled for a new AT&T store.  It will be good to see the investment on West Lawrence Avenue continue east of North Ravenswood Avenue. For the record I'm a valued T-Mobile customer since 2001.

Posted by Eric Rojas at 3:38 PM No comments:

DNAinfo.com with a nice development run down here

Be in the know at the 47th Ward development pages

West Roscoe Street in Roscoe Village is a highly desirable location on Chicago's North Side.  Two similar top floor condo units our clients viewed in January have been sold in multiple offer situations. Our buyers were not ready to act on the first unit as other buyers put in bids. We spent some more time researching different neighborhoods and units (even single family homes) with our clients. With added market knowledge they acted quickly on the second and almost identical unit that hit the market later in the month.

The three bedrooms condo with large rooftop deck, parking and private elevator at 2151 West Roscoe #2, Chicago IL 60618 is listed at $575,000. After speaking with the listing agent we helped our buyers put together an offer with an escalation clause.  They won the unit without paying too much unnecessarily.

Condos command strong prices on the 1600-2400 blocks of West Roscoe.  56 condo units have sold on these blocks over the last 12 months.  The median price of an attached unit on the eight blocks is $402,000.  The most expensive sale over the past 12 months was a new construction four bedrooms unit at 2250 West Roscoe Unit 2 sold for $1,100,000.   The lowest sales were one bedroom units in the low $200,000 range. Three condo units on the same strip are currently under contract after the first days of showing on the market.
Posted by Eric Rojas at 7:50 PM No comments:

Is "win a lake house" contest a better way to sell?


Here's the web site for one such contest.

Basically, it is a clever way to try and sell your home for more than the market will bear by spreading the cost to many parties and offering to donate to charity.  The "win a house contest" is a creative concept on it's own.  The "giving back" and charity angles are a little questionable.  There is a minimum on the amount of entries that will trigger the sale and that dollar amount more than covers the "estimated market price" of the house and the donations.


Several states are prohibited by law from participating in the contest... so it appears some governments may have reservations on this type of "contest".
Posted by Eric Rojas at 1:41 PM No comments:

We have a client who is looking to sell her Lincoln Park two bedrooms, one bath condo later this year. It's a rare combination of a small four unit building, an (relatively) affordable unit at around $299K with great deck, in-unit washer and dryer AND garage parking near Diversey and Halsted. No it does not back up to the train! I often suggest clients get a really nice two beds, one bath unit than a smaller "two, two" with less features.

The highest two bedrooms, one bath sale in 2016 was 2003 N Howe Street #3N for $526,000. The renovated vintage unit does have an outstanding kitchen but no designated parking included.  The lowest sale in 2016 was 619 W Drummond Place for $210,000. The garden unit had standard gut renovation finish level but no in-unit laundry, outdoor space nor parking.

53 of those sold units included some form of parking (designated or easily rented).  The median for these is still about the same at $327,000.

Watch the video walk through of our latest Jefferson Park home listing.


5201 West Foster, Chicago IL 60630 asking $269,900 received many qualified offers on our first day of showings.  The purchase contract is in attorney review and inspection period.

Jefferson Park single family home sales 2016
228 single family homes are recorded on MLS as sold in 2016. The median price is about $296,000 making it one of the more affordable community areas near transportation on the North Side.  In the past few years many low end homes are being scooped up for redevelopment.  I see that median price continuing to trend up over the next few years as newer finished homes sell in the market.

Eric Rojas
Chicago, Illinois, United States
I am a Chicago Real Estate Broker who began writing this blog in 2005. My group represents clients buying, selling and renting properties. Over $90 Million Sold! I've been awarded Top Producer in sales volume for Chicago Association of Realtors multiple years from 2005-2020. Thanks for reading and working with us! All posts and photos are by Eric Rojas and Bob DePalma unless otherwise noted. Contact us at erojas@kalerealty.com for great service!