Wicker Park REO: If you price it (and it is able to sell), they will come

I took these photos of this modern Wicker Park condo development last fall while looking with clients. UPDATE: The three bank owned units were all under contract by January 27th. 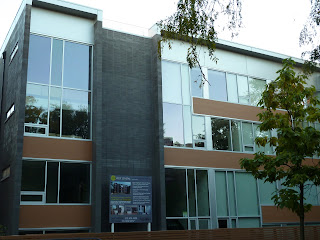 The remaining three units at Studio Dwell designed 1919 W Crystal in Wicker Park came back on the market as "bank owned" or REO to start the year in 2011. Prior to these foreclosure offerings, they had sold six of the nine units.

It's rare to have such quality modern units being offered bank owned, in a solid building, in a great location and with few strings attached for a buyer. In many cases there is a caveat that makes financing the purchase more difficult than usual. I think a buyer can come in here and finance a good deal without much issue.

The three bedroom plus family room duplex downs listed at $550,000 are being offered at $100,000 off what the first two duplex downs sold for in late 2009. What's also notable is a two bedroom plus media room duplex up unit is under contract at $489,000 for $9,000 over what the other comparable duplex up sold for conventionally last year ($480,000). It may close for less than $480,000, but probably not too much less. I suspect the duplex downs with the modern and attractive brand name finish level will sell early this spring due to their perceived discount.

Bank owned properties in hot locations remain the most sought after properties by buyers. Many buyers are waiting for this coveted "deal" which does not come often and requires a quick decision. A true bank owned property can be bought much easier than the tangled mess of a short sale (that may never get approval to sell and go into foreclosure). However, a bank owned property in good condition (and in a good association if a condo) will have many suitors and may go over list price.

What many of our buyer clients find out working with us is the best REO deals are cash deals only and many other bank owned properties are difficult to get financing for. Unless you have a ton of money down and act fast, this game can become frustrating for many that really want to buy a home but want that special deal! 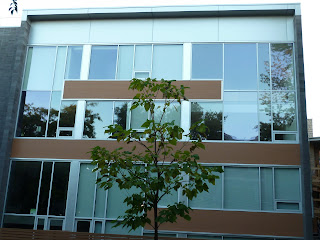